These Kidpower resources were developed for the Keeping Ourselves Safe and Kia Kaha Programmes in New Zealand!

Many years ago, I had the honor of visiting our New Zealand Centre. At that time, Owen Sanders, manager of the Youth Education Services for the New Zealand Police was skeptical that a personal safety curriculum from the United States would be relevant for New Zealand. I pointed out that our programs had been developed thanks to people from many different countries, including New Zealand, but he was still not convinced.

At the urging of Constable Ian McKitrick, Owen agreed to observe a Kidpower school workshop being taught by Centre Co-Founders and Senior Instructors Cornelia Baumgartner and Martin Hartman. I sat next to Owen and could see that although he was intrigued by how much fun the children were having practicing the skills, he was still resistant. Pointing out that Kidpower is an experiential program, I invited him to play The Tiger Game with me, which is one of the ways that we practice awareness.

Owen crept up behind me and, knowing much more about tigers than I did, gave a realistic portrayal of an attacking tiger, which sounds more like a high-pitched shriek rather than a growl. Even though I was slightly startled, I turned around and got into Ready Position. He pretended to be a tiger creeping back into the jungle and then acknowledged that my showing awareness and confidence had indeed made him feel like stopping the attack.

Cornelia and I then worked with Owen and with their curriculum director Jill Palmer to make Kidpower skills and teaching methods available to New Zealand teachers in a format that complimented their Keeping Ourselves Safe and Kia Kaha abuse and bullying prevention curriculum. The Confident Kids programme is the result of our collaboration.

For many years, the six colorful Confident Kids posters, each illustrating an essential safety skill, and the Teacher’s Guide, describing how to teach these skills, have been used in schools throughout New Zealand. We are very pleased to make these resources available for download at no cost for people who have free community membership in our online library. Signing up takes just a couple of minutes, and gives you access to over 200 resources.

Scroll down to purchase our Confident Kids Teacher’s Guide and check out our 6 FREE Kidpower Safety Skills posters that you can download and share with your family, parent group, school, youth organization, sports organization, community group, or professional staff. 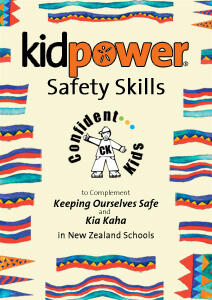 The guide and these posters are part of the Confident Kids programme developed by Kidpower New Zealand in collaboration with the New Zealand police to integrate skills practices into the Keeping Ourselves Safe and Kia Kaha programmes.

Use our Confident Kids Teacher’s Guide to start teaching children how to be safe from abuse, bullying, harassment, assault, and other violence.

You are welcome to download one copy of any of the Confident Kids posters for personal, non-commercial use, as long as you keep our name, contact information, logo, and copyright as is on these materials, per our Permission to Use Requirements. Please Contact us to request permission for ANY other display, use, or distribution of these materials. 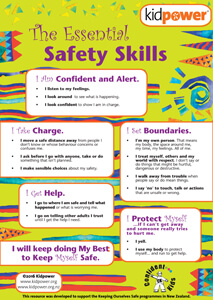 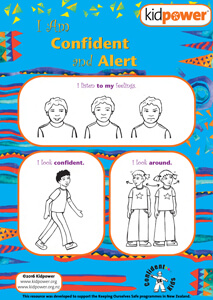 Confident Kids – I Am Confident and Alert 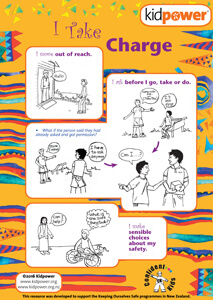 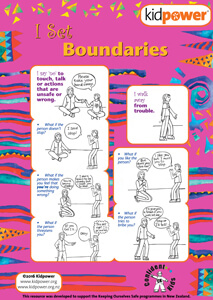 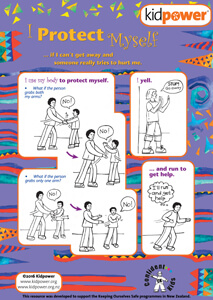 Confident Kids – I Protect Myself 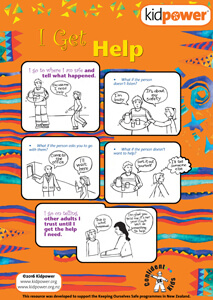 Confident Kids – I Get Help

(Are you a member? Sign-up or Login for direct downloads (without entering your email each time) and free access to 100s more Kidpower educational and training resources.)