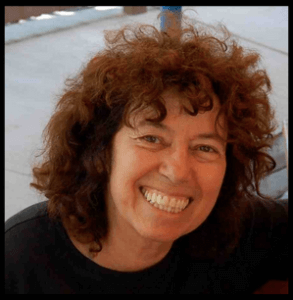 In 1989, with the help of many different people, Irene van der Zande established Kidpower as a nonprofit organization. Since then, Irene has led the development of the programs, creation of the curriculum, establishment of centers, and training of instructors. She is the primary author for Kidpower’s program materials and publications.

Working in conjunction with experts in the fields of public health, violence prevention, mental health, law enforcement, child safety, education, and the martial arts, Irene has developed and taught personal safety and confidence building workshops for thousands of children, teens and adults. She has extensive experience adapting these services to meet the special needs of people with different abilities and those facing challenging life circumstances.

In addition to her work with Kidpower, Irene has provided program and resource development, facilitation, and management consultancy skills to numerous nonprofit organizations, with a special focus on children’s, women’s, and health issues.

Irene graduated from the University of California, Los Angeles in June 1969 with a degree in Psychology. She received her initial training as a VISTA Volunteer, setting up services on Indian reservations and in small towns in Iowa and Nebraska. She trained other volunteers to work in both inner city barrios and rural communities, and her focus on training others to share learning continues today with Kidpower.

Irene has written books in the child development field including the widely used textbooks The Parent/Toddler Group: A Model of Effective Intervention to Facilitate Normal Growth and Development, and 1, 2,3…The Toddler Years: A Guide for Parents and Caregivers.

Irene has also written numerous articles and training manuals on the teaching of self protection skills including The Kidpower Book for Caring Adults and the Comprehensive Program Manuals, Curriculum Teaching Books, and Safety Comic Books for Kidpower and for Teenpower/Fullpower, and many more. Here is a complete listing of Irene’s accomplishment and publications.

Irene is an engaging and dynamic speaker, capable of drawing large audiences into interactive participation even within the constraints of a standard conference set-up. Her presentations range from one-on-one meetings through facilitation of panel discussions to leading large group sessions. She has been a keynote speaker at major events, and infectious enthusiasm is her hallmark.

“The Irene & Timothy team created a powerful mix of complementary skills blended together with creativity, compassion, and humor. Kidpower’s mission, goals, and values, actively upheld in each Kidpower center, are a reflection of their spirit and founding teamwork.” —  Erika Leonard, Kidpower California Program Director 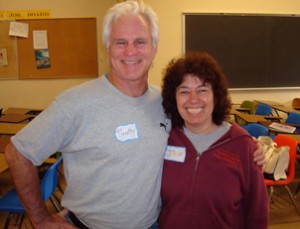 Thanks to Irene and Timothy’s vision, Kidpower has reached more than 5 million people worldwide.

Timothy Dunphy is the co-founder of the Kidpower program and has contributed greatly to the program development over the years through his expertise, commitment, and creativity.

Much of the joy, play, and laughter that are central to the Kidpower approach is rooted in Timothy’s dynamic, engaging, and upbeat leadership style. As a father, a martial artist, a teacher, and as an experienced padded instructor, Timothy brought valuable insights and perspectives that helped define Kidpower’s unique methodology.

Before retiring from competition, Mr. Dunphy was an International, National, and California State Gold Medalist in both Traditional and Creative forms of Taekwondo. He is recognized by the World Taekwondo Federation as a Master Instructor and holds a 6th degree blackbelt.

He is a Reiki Master and a Certified Practitioner of Neuro-Linguistic Programming and travels the world with his Chi Aura Integration energy work. 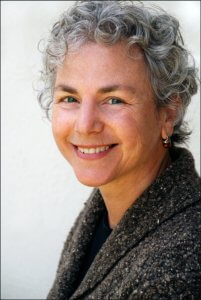 Ellen Bass is the Founding Board President of Kidpower Teenpower Fullpower International and has provided ongoing support for the organization since it began.

In her professional life, Ellen is an award winning author of both fiction and non-fiction books including her most recent book of poetry, The Human Line (2007). Her earlier collection, Mules of Love, won the 2002 Lambda Literary Award for Poetry.

Ellen co-edited the groundbreaking book No More Masks!: an Anthology of Poems by Women and has published four previous volumes of poetry, I’m Not Your Laughing Daughter, Of Separateness and Merging, For Earthly Survival, and Our Stunning Harvest.