How can we stop sexual assault and harassment? Skills for teens and adults | Sexual Assault Prevention Resources

Lately, it seems that barely a week goes by that we don’t hear news of adults in positions of power or trust, accused or convicted of “sexual misconduct” in the workplace, domestic violence, sexually abusing young people in their care, and also about adult leaders who were told and ignored it. We believe that because […]

How To Stop Bullying Where It Starts

Bullying Prevention Expert and Kidpower Leader, Irene van der Zande, calls for adults to turn anxiety into positive action to stop bullying. Here are five practical and positive actions adults can start immediately to turn the tide of bullying and help create schools, neighborhoods and communities of caring, respect and safety for all of their members.

Violence because of someone’s sexual orientation and identify is just as much of a hate crime as violence due to other forms of prejudice. Both during PRIDE Week and at other times, we encourage members of the LGBTQ community and their allies to be proud of who they are – and to keep these seven People Safety strategies from Kidpower.org in mind so they can celebrate with safety and confidence.

Like so many, we are deeply sad that 17-year-old Trayvon Martin, a Florida high school student, was shot by 28-year-old neighborhood watch volunteer George Zimmerman. Sad for a young life cut short. Sad for his family and friends. We cannot help asking questions and seeking answers about what might have made a difference – and might help to prevent this from happening again.

Ohio School Shooting: How Can We Empower and Protect Our Kids?

The Ohio School Shooting in Chardon has left one student kiled and four others injured — and a community in trauma. As parents, grandparents, teachers, and other caring adults, we want to know how to empower our children rather than leaving them feeling that stopping violence is hopeless and that they are helpless.

L.A. Miramonte School Child Abuse: When Procedures Fail to Protect Kids, What Do We Need to Change?

News stories about years of alleged shocking child abuse by two teachers in LA’s Miramonte School provide a sad example of how the procedures in place failed to protect kids. As the school community goes through great trauma in trying to re-establish trust with the parents and to prevent harm to any more students, this article explores what might have helped to make a difference.

Rape is Rape. Why Kidpower works to help ALL people be safe!

The FBI and the Department of Justice have finally expanded the definition of the crime of rape to include the sexual assaults of men, children and any adult who cannot give consent to sex. Though I hate the idea that anyone would experience this or any kind of violence in their lives, it is important to define it accurately in our statistics, so we can work more effectively to prevent this terrible crime.

Kidpower has been committed to teaching people of all ages and walks of life how to prevent and deter violence since 1989 and we hope this newly expanded definition at the highest levels will translate not just into expanded statistics, but also – and more important – into positive action to address and prevent rape at every level of society. 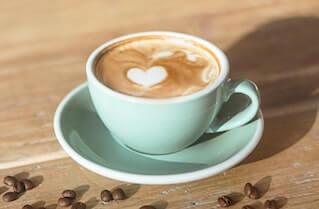